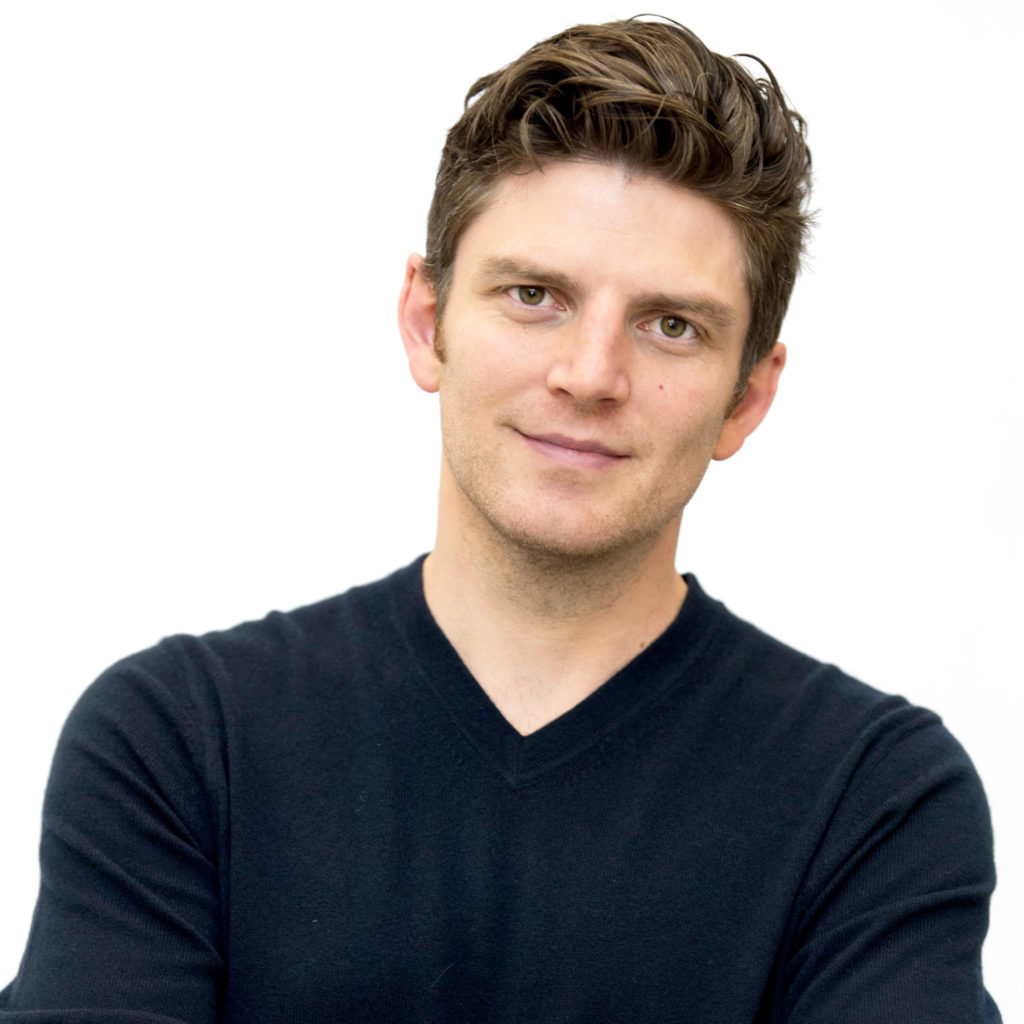 In his role, Reardon oversees all creative duties, from development to current productions, for both New York and Knoxville offices. He is responsible for creating original formats and generating new character driven series for broadcast, cable, and streaming platforms, as well as overseeing a busy production slate that includes a dozen series delivering over 250 hours of programming per year.  Jupiter’s work includes hit true crime franchises such as Snapped (Oxygen), In Pursuit with John Walsh (ID), Southern Gothic (ID), Homicide Hunter (ID), Killer Couples (Oxygen) as well as docusoaps like Muck City and the company’s first feature documentary, First to the Pole: The Forgotten Expedition.

Reardon is an Emmy nominated Producer and executive with over 15 years of industry experience.  Prior to joining the company, he served as the head of the film and television division for Roc Nation where he developed and packaged premium content with A-list talent. While there, the division set up a number of series, including the BBC scripted co-production Noughts and Crosses, a premium HBO documentary series chronicling the Atlanta child murders case and the Amazon documentary series #FreeMeek.

Previously, he held the position of Co-Head of Television for The Weinstein Company, where he oversaw its flagship Project Runway franchise, produced the Peabody Award winning Time: The Kalief Browder Story and the six-part documentary series Rest in Power.  Earlier in his career, Reardon spent time as head of production and development for Original Media where he oversaw production and helped launch long running franchises, including Inkmaster, Comic Book Men, NY Ink, Dual Survivor, and Swamp People. 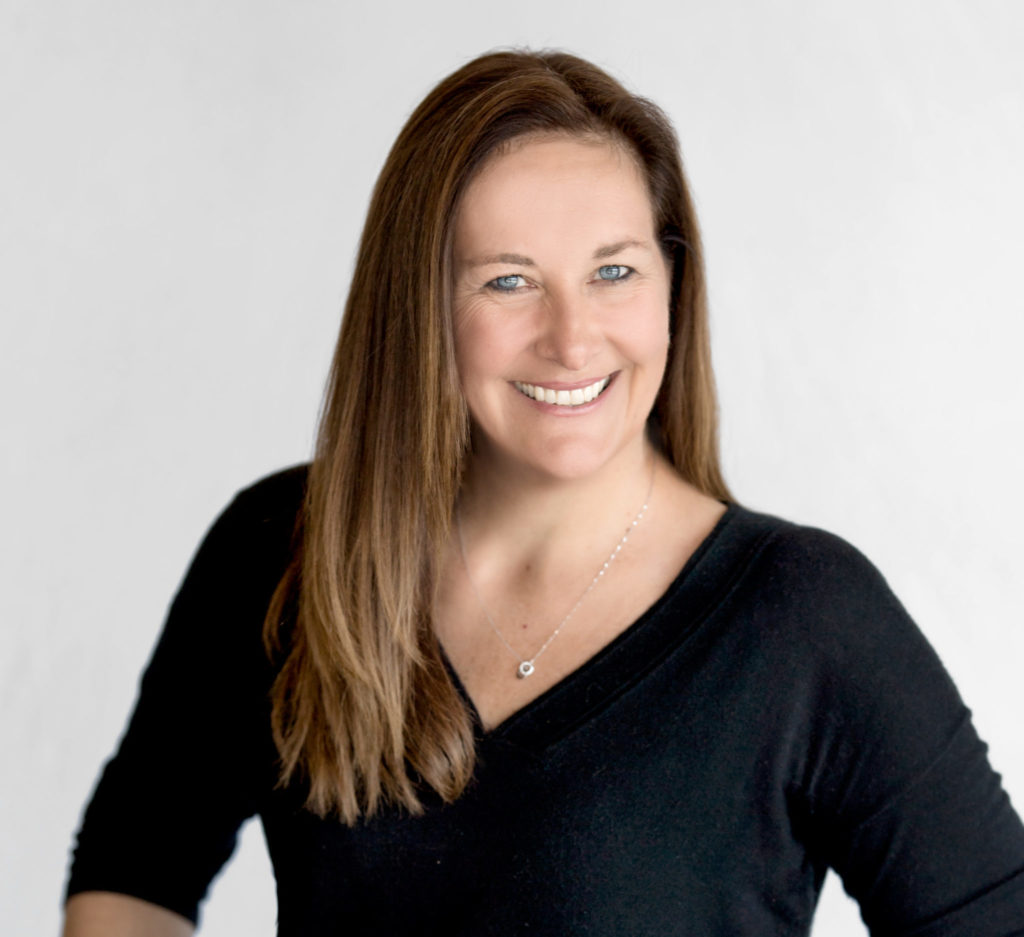 Deborah received a Journalism degree from the University of Oregon and began her career in news, working at PBS’s The MacNeil/Lehrer Newshour, before moving on to long-format documentary television. 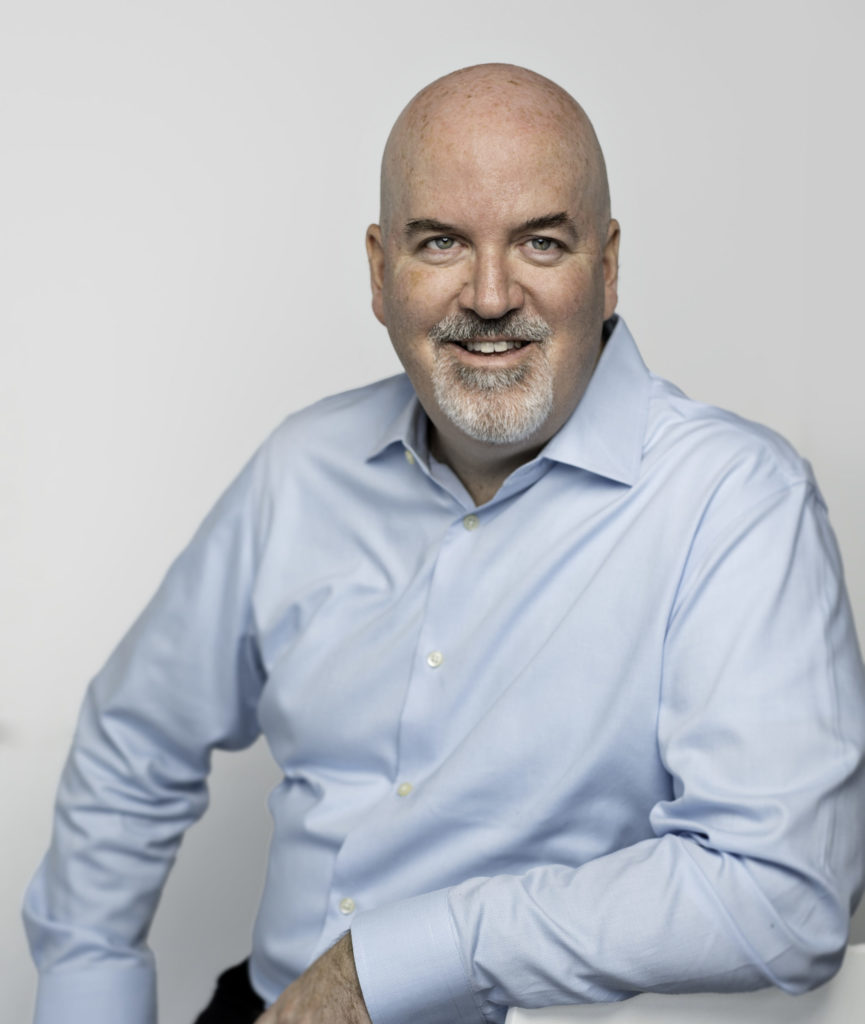 Joe is Senior Director of Production at Jupiter Entertainment.

In his role, Joe is responsible for leading and supervising all budgetary, logistical, and strategic aspects of physical production, ensuring every project is operating with maximum efficiency while continuing to deliver high-quality content. He manages a diverse team of production executives in both New York and Knoxville and collaborates with Jupiter’s production partners on finance, business & legal affairs.

Previously, he served as Senior Vice President of Production at ViacomCBS where he oversaw production of live event and broadcast specials, as well as long-form series and development for MTV, VH1, and LOGO networks. 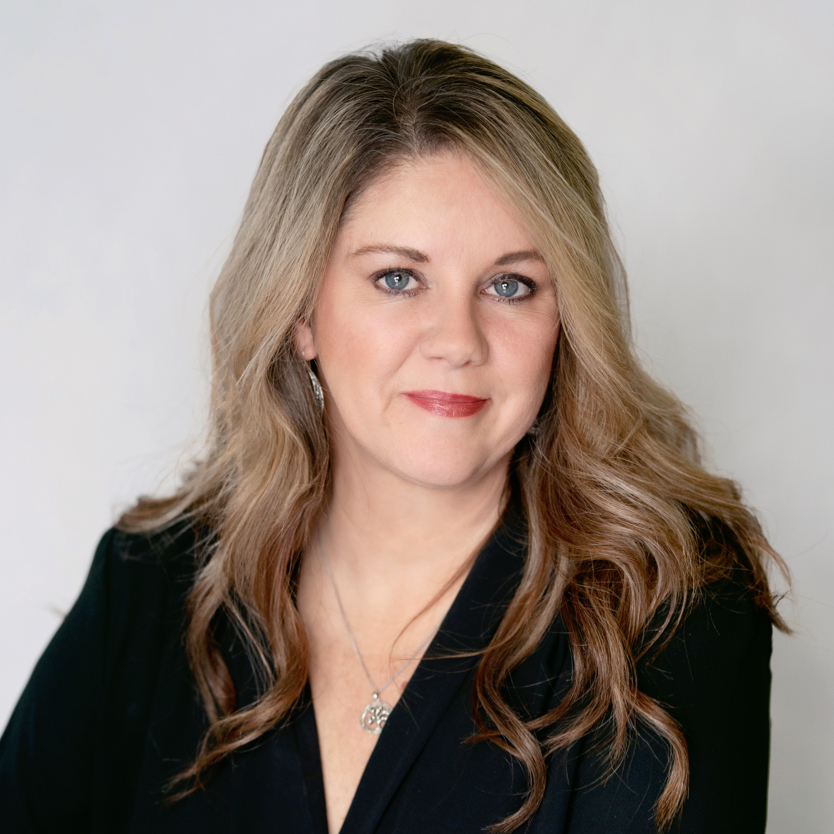 Beverly is Vice President of Finance at Jupiter Entertainment.

Based in the Knoxville office, Beverly is responsible for all Financial, Banking, and Reporting functions. Prior to joining the Jupiter team in 2011, she was the Vice President of Finance for Bull Run Metal Fabricators and Engineers, a local manufacturer of nuclear packaging for both the US Department of Energy and Defense. She was responsible for all Accounting, Banking, Human Resources, and Reporting functions.

Beverly was a large part of the strategic growth plan that enabled the small business to achieve its best financial year in the company’s history. 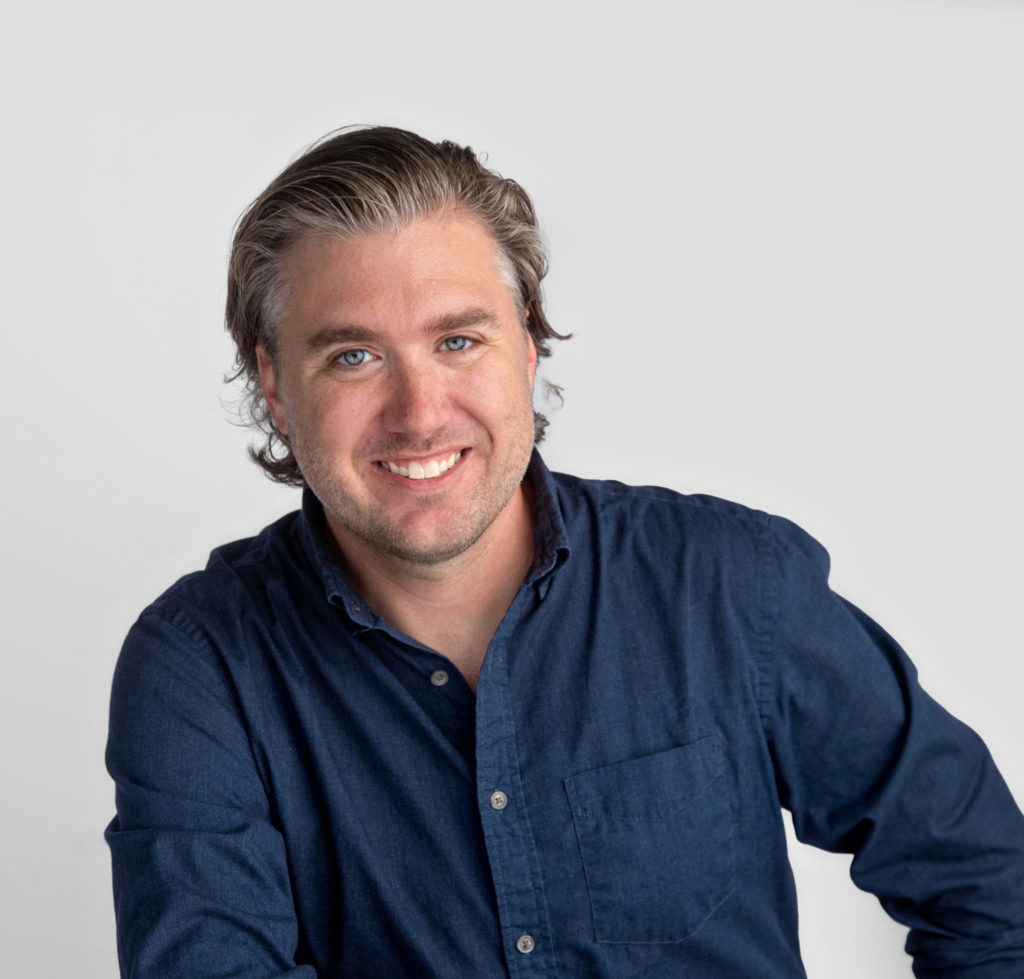 In his position, Wetherington oversees a wide production slate of true crime and non-scripted series. Throughout his more than 15-year career, he has successfully managed, written, and produced programming for a variety of clients including Oxygen, A&E, Investigation Discovery, History Channel, TLC, National Geographic, TV One, Reelz and Biography.

In addition to Executive Producing Oxygen’s hit franchise, Killer Couples, he has played a senior role in the development and production of many of Jupiter’s popular factual series including, #Killerpost (Oxygen), The Kitty Kelley Files (Reelz), and Dying To Belong (Oxygen).

Based out of our Knoxville office, Wetherington received his degree from the University of Tennessee and began his career at Jupiter as a PA on the very first season of Snapped. 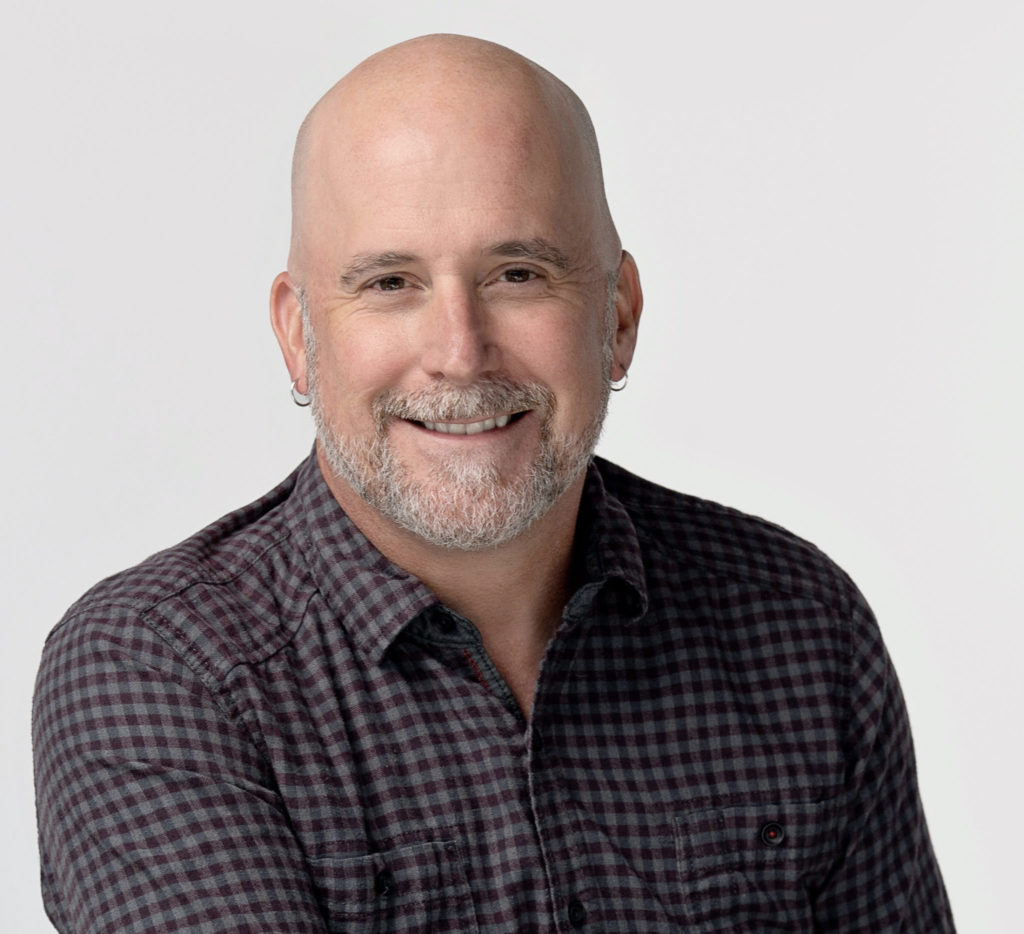 He oversees exemplary creative teams in Jupiter’s Knoxville and New York offices, producing a broad range of documentary films, specials, and series across multiple genres for a variety of streamers and networks. He also has a senior leadership role in Jupiter’s employee development, workflow efficiency, and future planning initiatives.

After teaching for five years, O’Donnell shifted to television and film production, and for the last 20+ years he has been honored to lead teams who develop, produce, and deliver important, buzzworthy, and ratings-grabbing programming that viewers across the globe love. 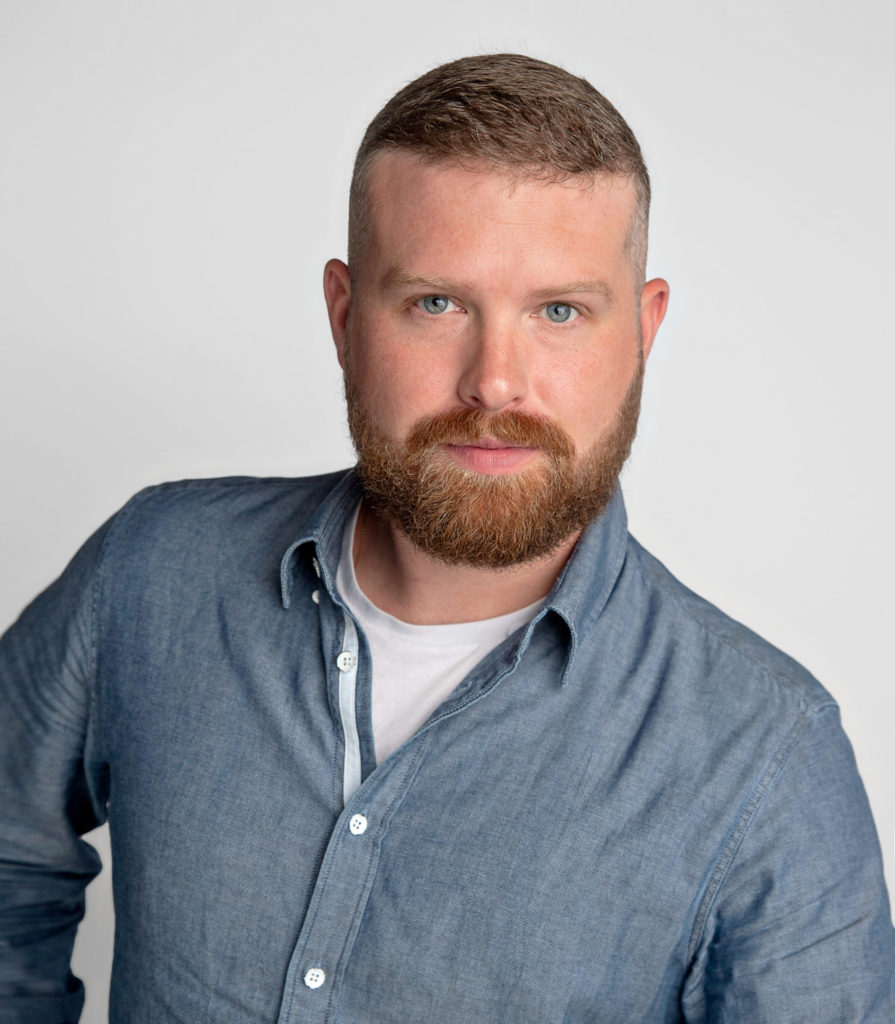 Chris Spry is Vice President of Development at Jupiter Entertainment.

Based in the New York office, Spry is responsible for developing unscripted programming across multiple genres for broadcast, cable and streaming platforms.

Previously, he served as Senior Vice President of Production and Development at Hudsun Media where he developed and executive produced series such as The Toy Box with Eric Stonestreet for ABC and nearly 100 episodes of the hit feel good show Returning the Favor with Mike Rowe for Facebook Watch.  With over a decade of television experience, his other producing credits include Million Dollar Listing (Bravo), Joan & Melissa: Joan Knows Best (WeTV), Married to Medicine (Bravo) and Big Freedia: Queen of Bounce (FUSE TV). 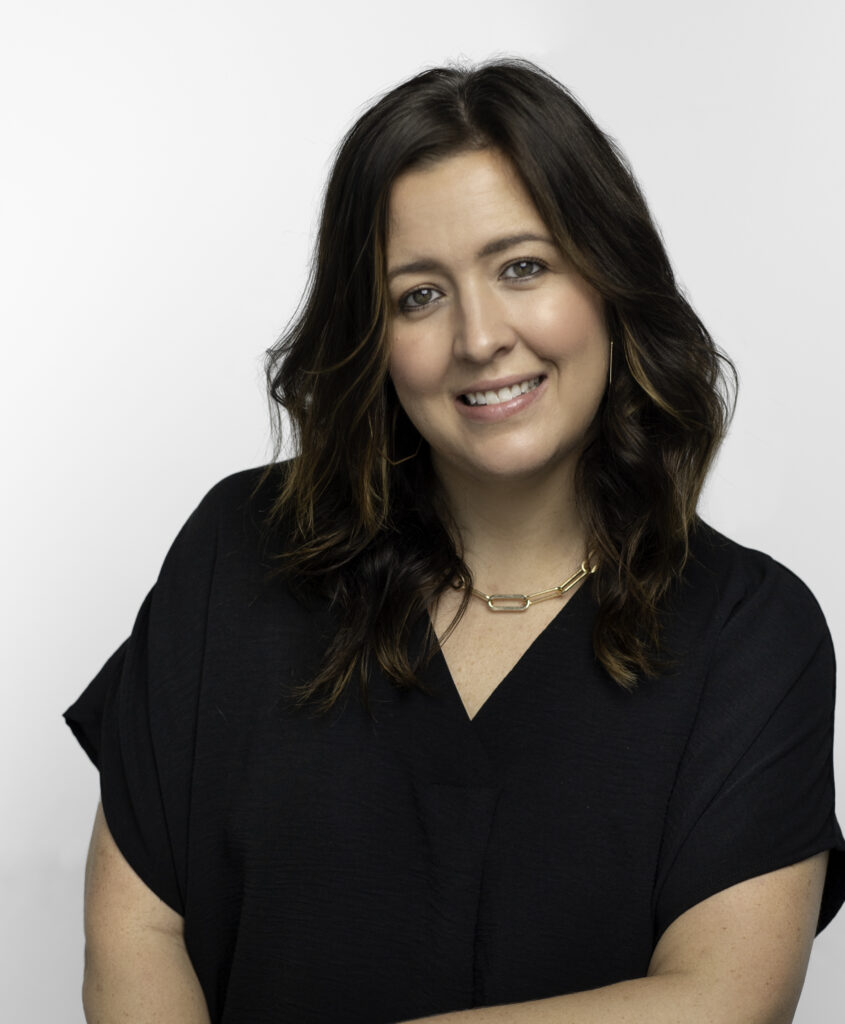 Kendra is the Executive in Charge of Production at Jupiter Entertainment.

Kendra received her BS in Communication from The University of Tennessee. 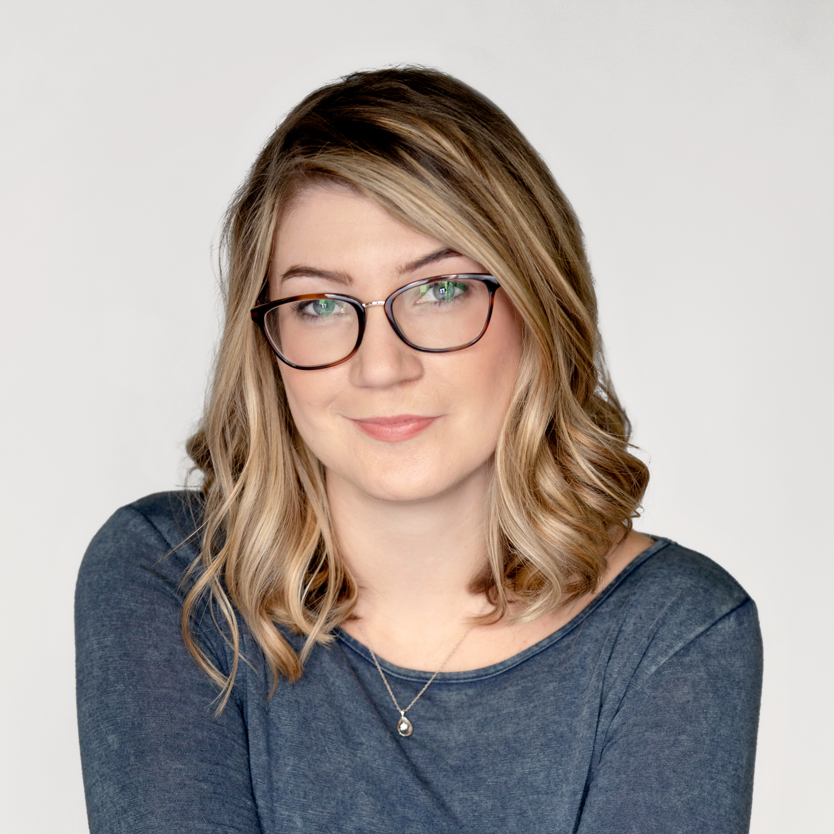 Amanda Riner is Director of Production for Jupiter Entertainment.

Based out of the Knoxville office, Amanda oversees the Production Management Department.  Her team is responsible for facilitating all production needs across a diverse slate of programming.  Amanda is responsible for implementing our company production policies and ensuring that projects are delivered on time and within budget.

Amanda began her career at Jupiter Entertainment in 2010 after receiving a bachelor’s degree from Longwood University. 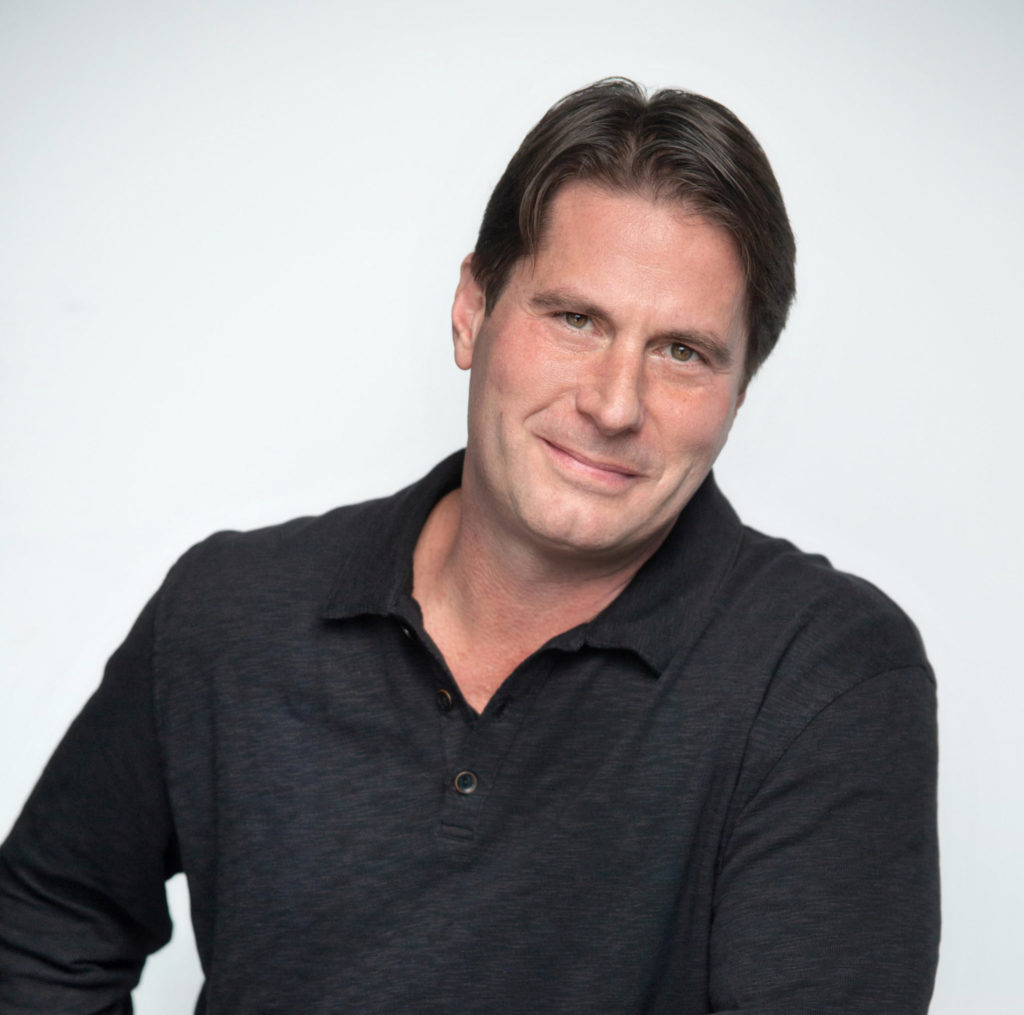 Jesse Dowd is Director of Audio at Jupiter Entertainment.

Based in Knoxville, Jesse’s responsibilities include supervising all of the company’s music needs and overseeing the post audio department. He has over 20 years of experience in the television industry, focusing on sound design, sound mixing, and music supervision. Early in his career he worked on popular shows such as Trading Spaces, World Series of Poker, and Whale Wars. Since joining the team in 2012 he has crafted the sound for many of Jupiter’s projects including Homicide Hunter, Murder Chose Me, Street Justice, Murder Calls, Southern Gothic, and First To The Pole: The Forgotten Expedition. 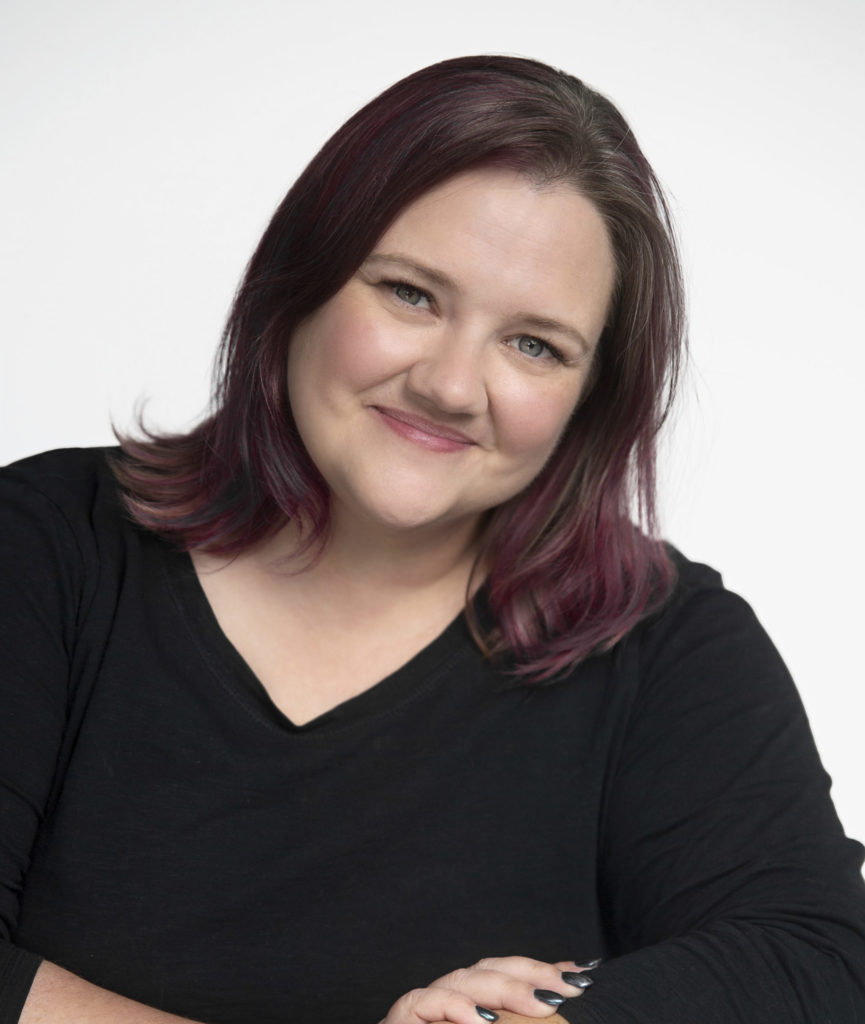 Susan Rayborn-Miller is Director of Operations at Jupiter Entertainment.

Based in Knoxville, Susan oversees all of Jupiter’s post production and day-to-day operations of the company’s facilities. She is also very active in the planning, implementation, and maintenance of the company’s ever-expanding technology which includes 180+ Avid workstation stations with full remote editing capabilities. 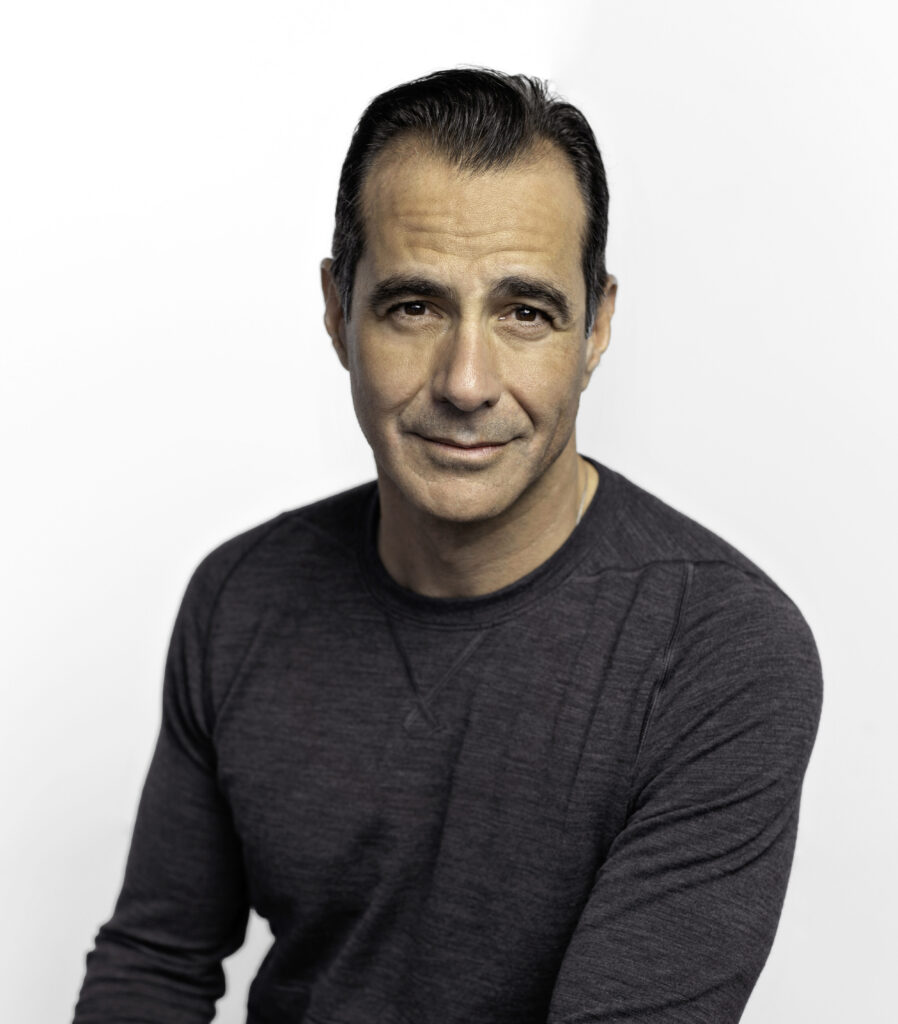 Prior to joining the Jupiter team, Brian thrived as one of the premiere showrunners working in unscripted television. As the creative force behind long-running series such as Discovery’s Dual Survival and AMC’s Comic Book Men, Brian has executive produced, directed, and delivered an eclectic mix of programming across multiple genres for networks including Discovery, History, A&E, AMC, MTV and VH1. With a strong leaning toward male factual, Brian’s adventures in storytelling have placed him in some of the most inhospitable and dangerous environments on the planet—from chasing tornadoes throughout the US, to filming survivalists in countless harsh landscapes, to documenting a thirteen-day world record setting ocean row across the dreaded Drake Passage from South America to Antarctica.